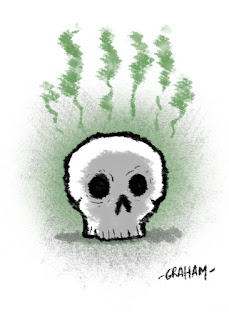 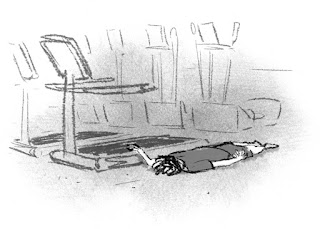 Wow..... Thats just spooky, but believable. What age would you guess he was?
That question becomes more prevalent as I get older... ;-) Thanks for re-firing up
the grickle channel t-shirt! I got one... and I agree that I love the more yellow color (looks more like the movie poster yellow)...

P.S. I hope to see you more out here like you mentioned. I think we're all friends here... Been meaning to check out the "Stalingrad" podcast on Hardcore History..hear its really good. I cant read enough about that battle...huge ww2 reader here.

Hopefully the t-shirt campaign gets a few more orders (need 14 more) before next week or else it may not get printed. :(

Oh! And the poor treadmill guy at the gym was probably in his mid-fifties? If I had to hazard a guess.